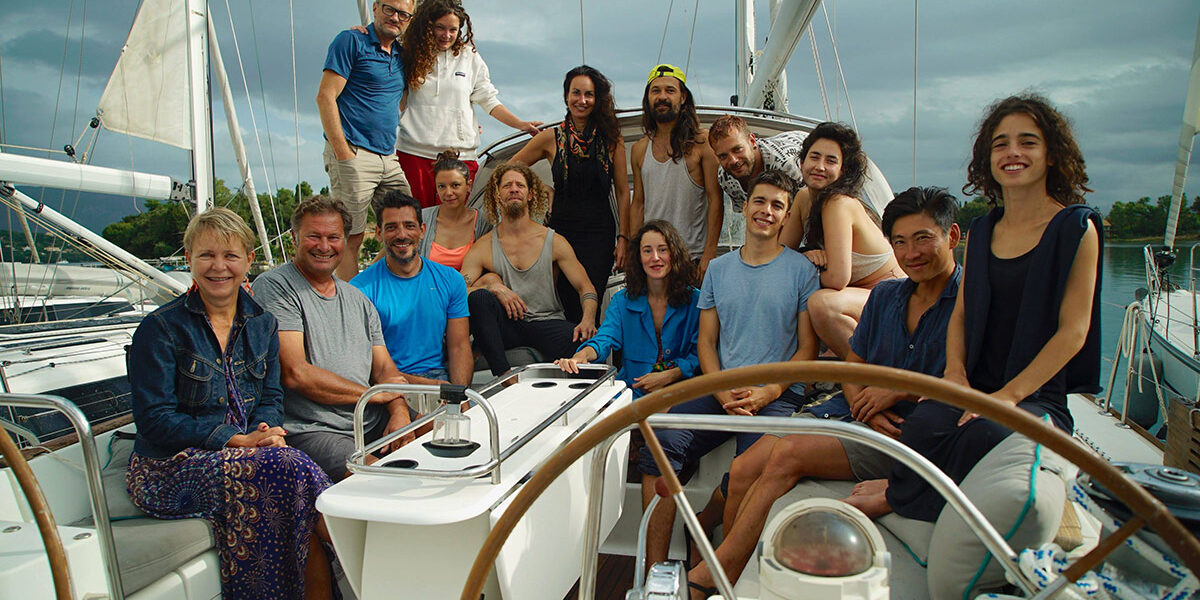 Sometimes the impossible comes true, when inspired people share crazy ideas and turn them into reality...

The making of INSULAR BODIES was a once-in-a-lifetime experience. Emerging from the restrictions of 2020 Covid-19 lockdowns, cancelled performances, closing of borders and all that sh…, we broke free once we cut the ropes and sailed away from Corfu on our two beautiful spacious sailing yachts, Morpheus and Lady Stardust, in mild sunny weather of early fall.

The coastal landscape of the beautiful Northern Ionian Sea generously presented itself with one natural highlight after the other. Unreal rock formations in otherworldly bays, turquoise waters and the vibrant green of the vegetation became the stages and backdrop on which the dancers expressed a communion of the human body with the natural elements.

Our highly seasoned captains Dudi and Francesco took us everywhere, patiently waited while the filming took place and kept us safe under choppy weather conditions. Kai and Sabine from Windventures, along with Sonia, took care of the guests on board, Steph directed the ensemble from one crazy scene to the other often improvising to realize her vision of the movie in the making. Hajo captured every moment expertly on his camera, and the beautiful, loveable and talented dancers Moo Kim, Fabien, Manon, Neus, Camille, Margaux, Joel and Macca worked hard, played soft, scratched their hands and legs on the sharp rocks, danced, sweated, laughed, celebrated and made this trip unique.

It is hard to describe the energy that built up from the start of this trip. It was a loving and gentle togetherness, never crowded or suffocating, a light, natural heartfelt friendliness, caring, laughing, personal.

I think what we shared has created a bond forever – I truly hope we can come together again to sail and celebrate life and friendship! 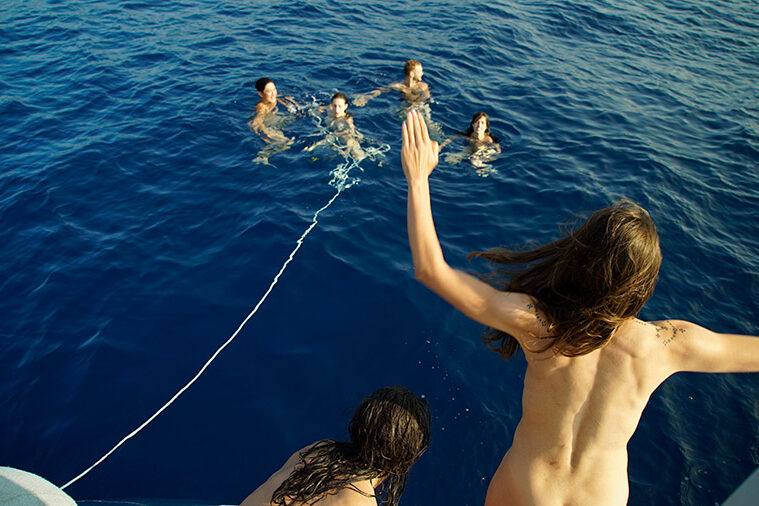 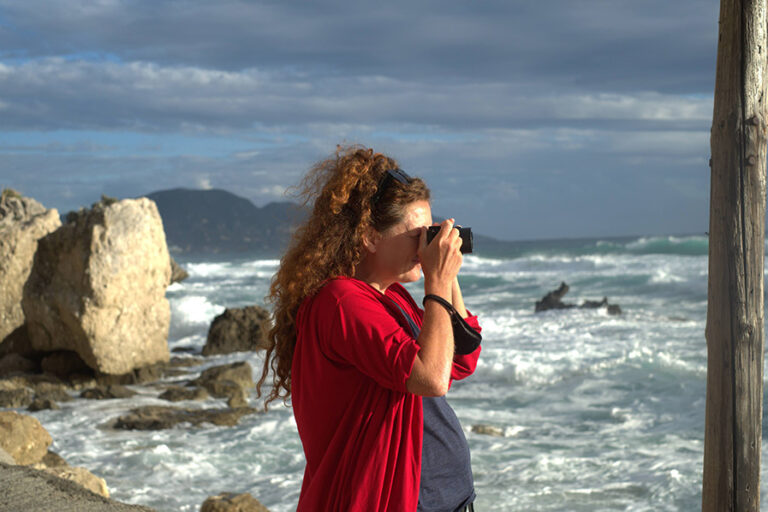 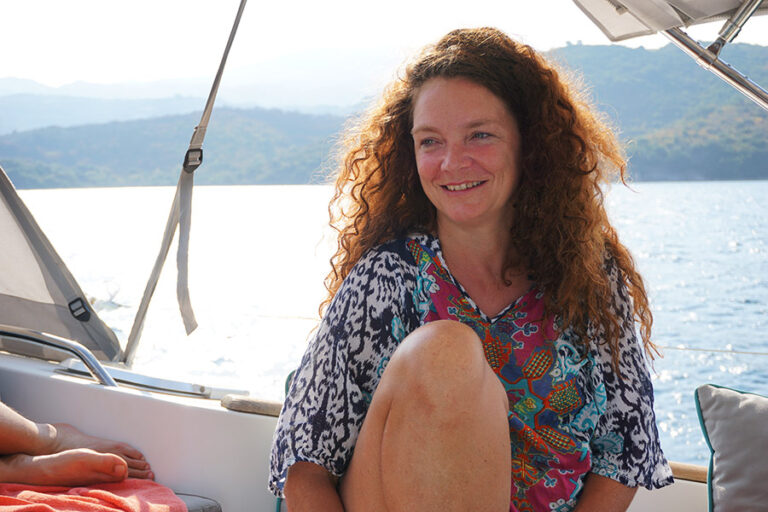 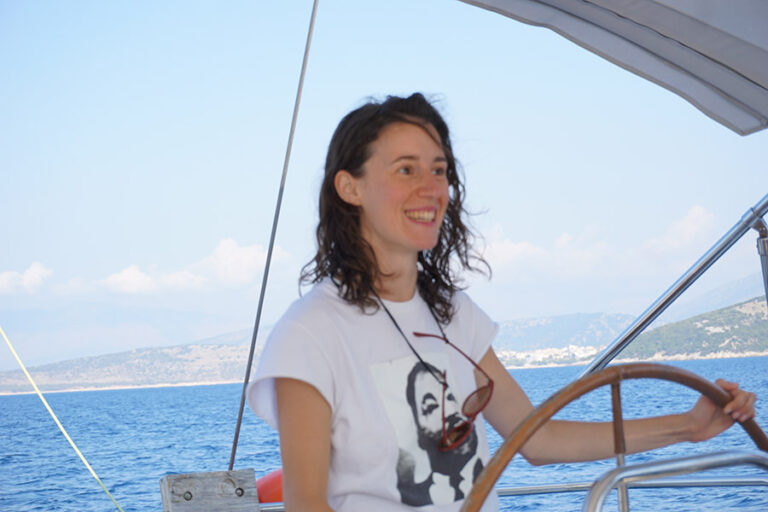 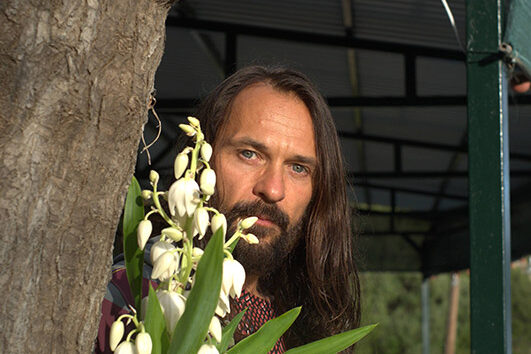 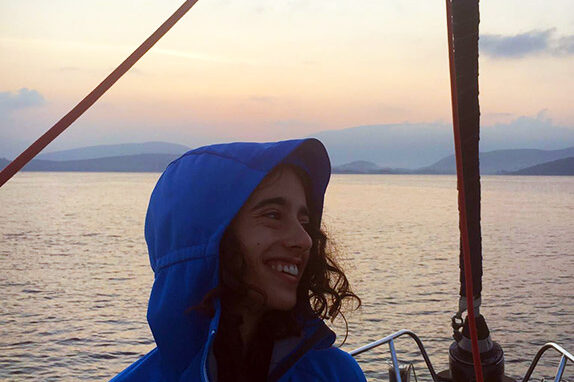 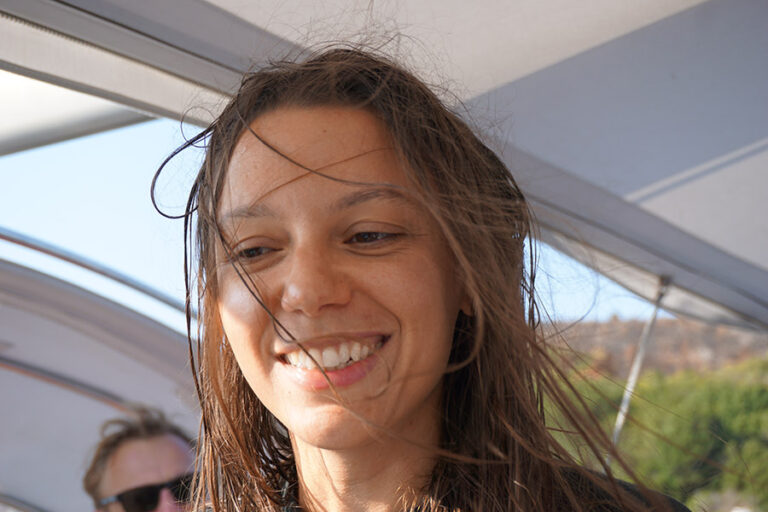 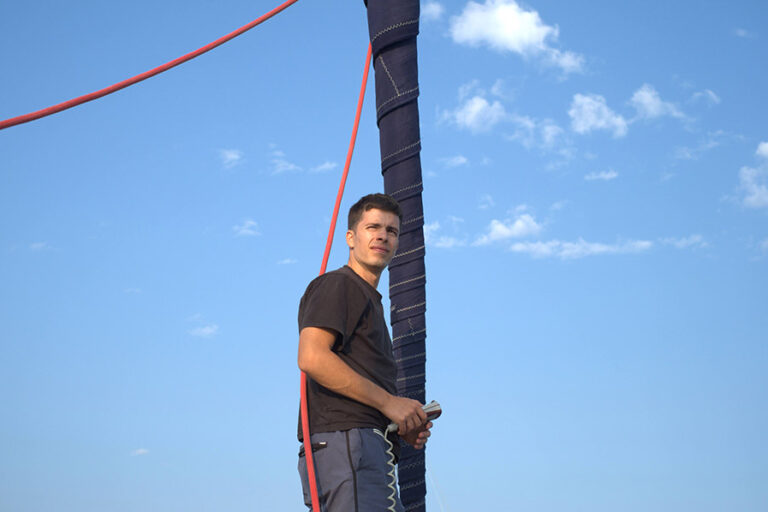 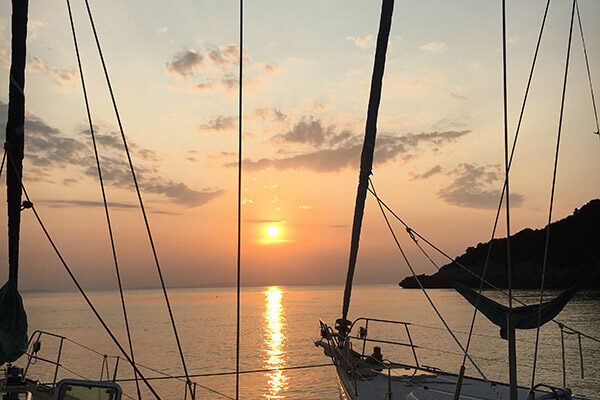 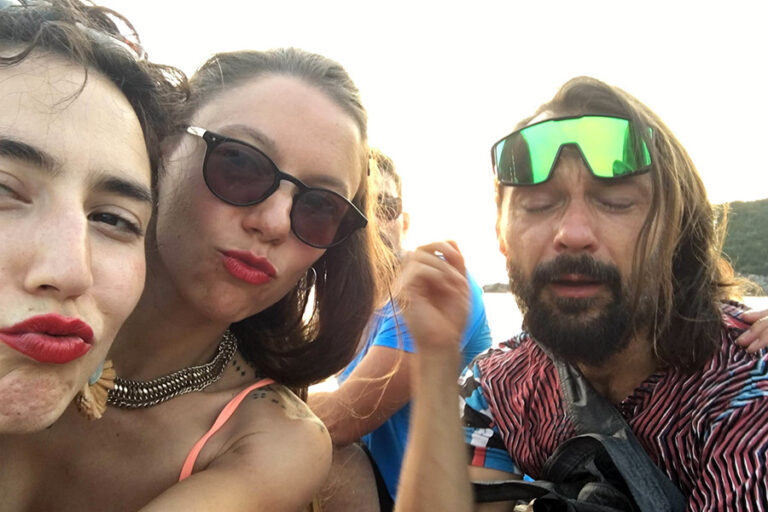 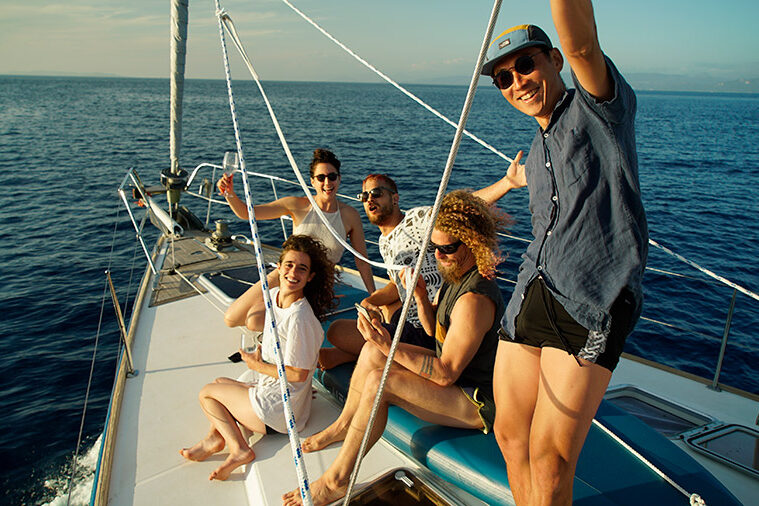 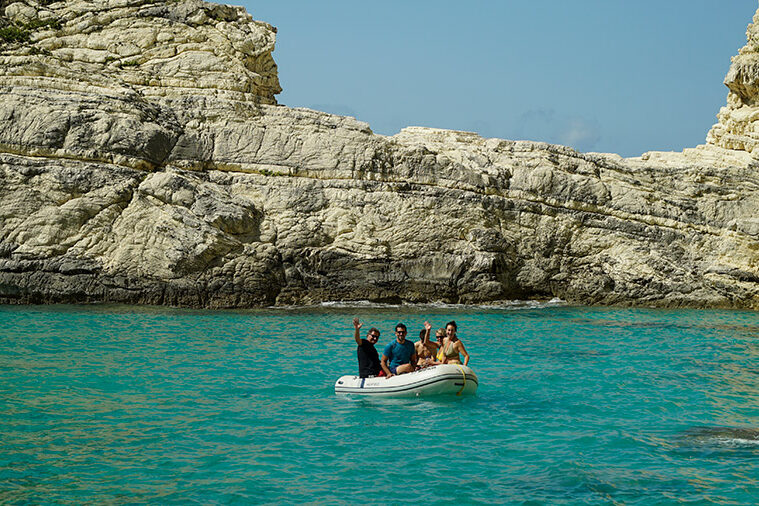 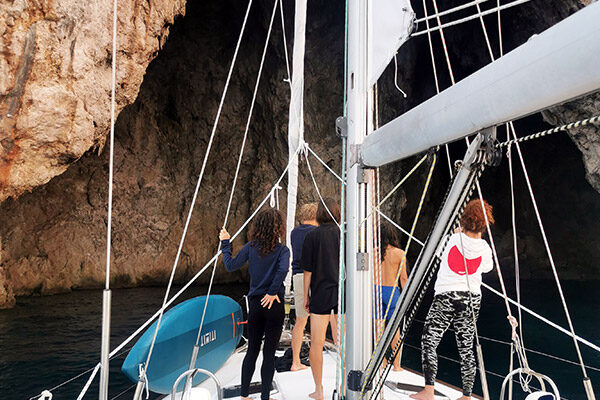 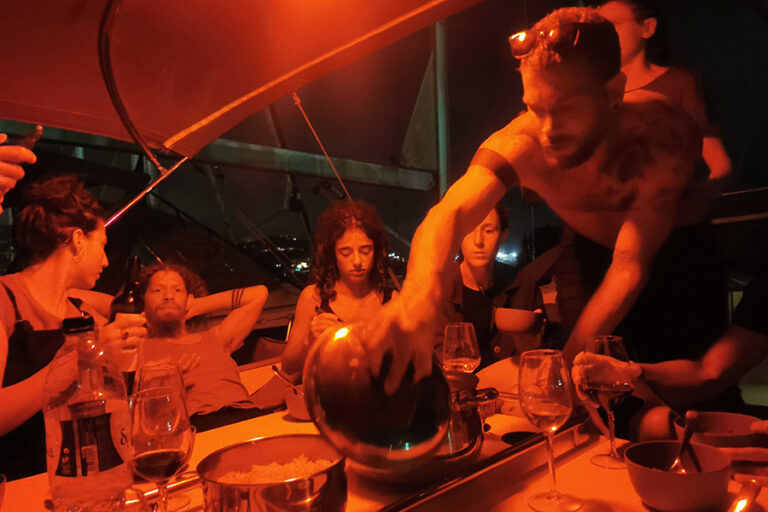 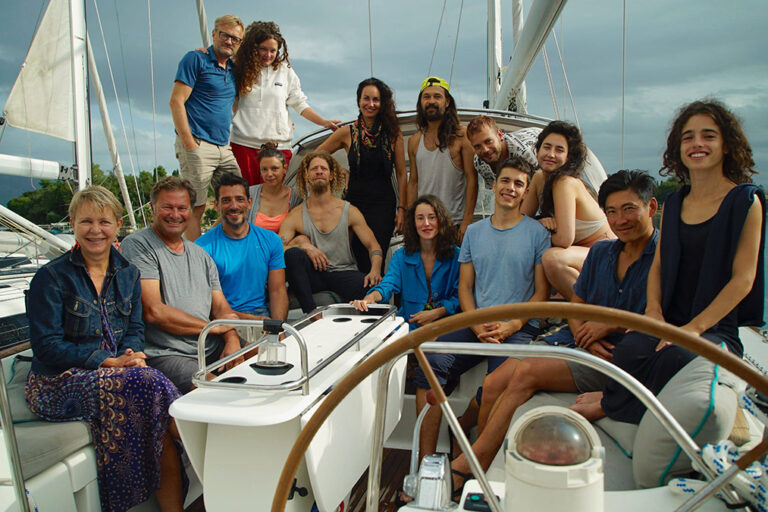 Joel, Camille and Moo Kim of Mouvoir share their sailing experience in the Ionian while filming “Insular Bodies”. 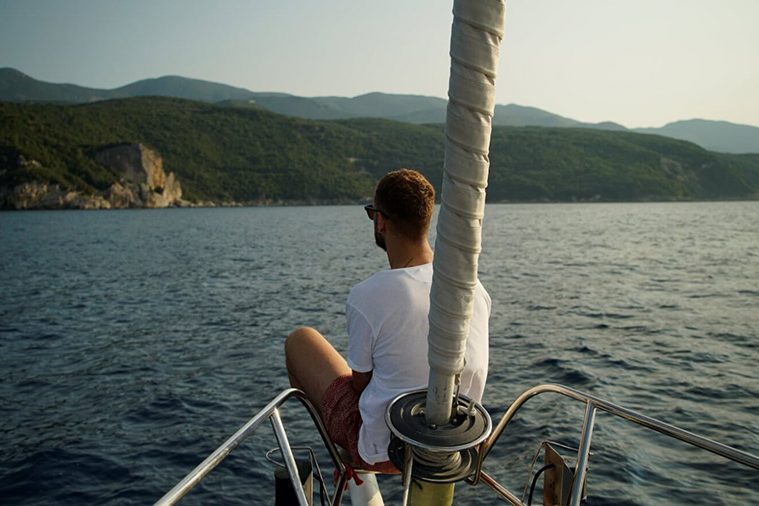 What makes a memory unforgettable? What is a memory made of? 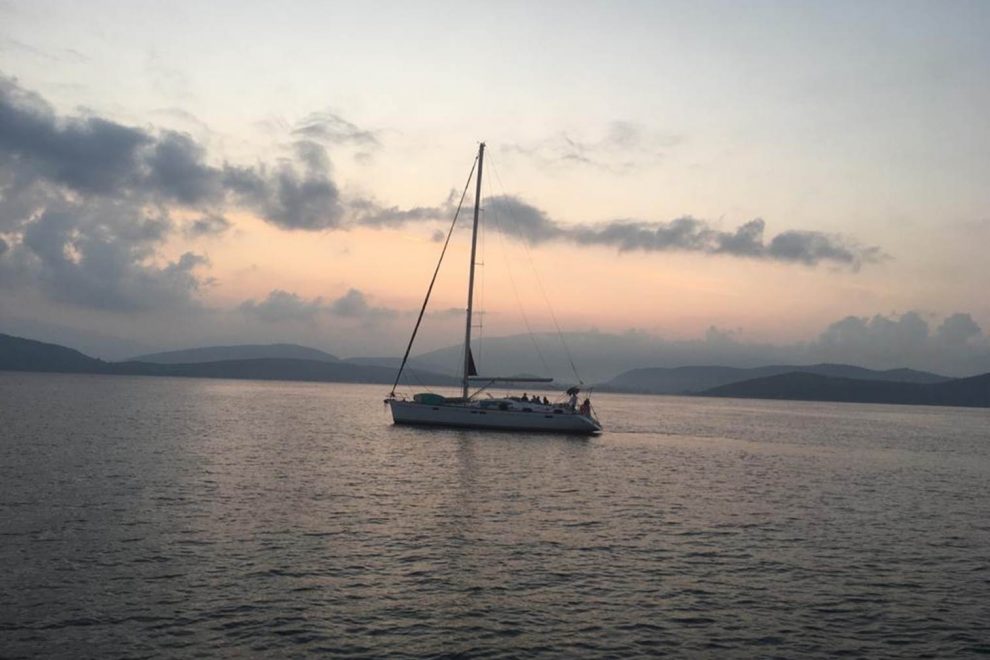 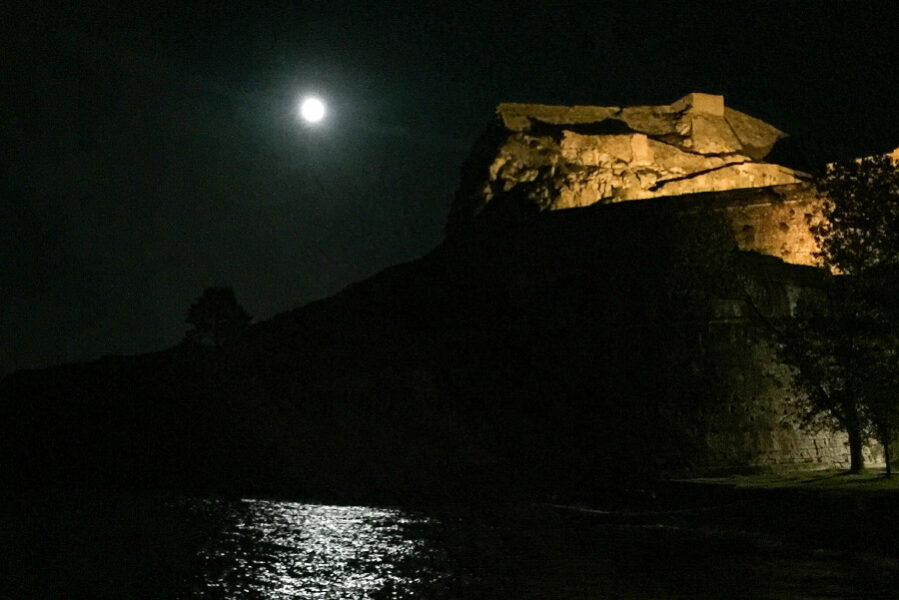 “Insular Bodies” plays with materialities. What happens when we horizontalize human and biological, flesh and stone, wind, water and hair? “Insular Bodies” draws our attention to the wacky entanglements between the human and the non-human, the living and the non-living, and develops poetic images of an ecology that does not show hierarchies but rather approaches utopian scenarios of consonance.

Thanks to Gerd Nesgen /ping tonstudios, Manon Parent
Funded by Reload. Scholarship for independent groups by Kulturstiftung des Bundes.
MOUVOIR/Stephanie Thiersch receives the Promotion of Excellence in Dance by the Ministry of Culture and Science of the State of North Rhine-Westphalia and Conceptual Funding by the City of Cologne.

In many-layered stagings, MOUVOIR deals with the central areas of our modern lives, in a manner both authentic and experimental. An uncompromising observer, Stephanie Thiersch dissects her environs: Popular culture, philosophy and fine arts become her tools. Thiersch’s interest in physical and emotional conditions that defy a clear definition, the human tilt, informs her style.

“Stephanie Thiersch’s works seek a confrontation with other media but still remain dance pieces at their core. The choreographer’s interest is always directed at the body in the process of transformation and transition. Thiersch’s bodies not only oscillate between their own various media representations, but also embody heterogeneous emotional states. The confrontation between contexts is not just one between different art forms and media. As in the approach to Africa in As/If (We Would Be), it is also a confrontation of cultures whose foreign gestures place an external gaze on what one considers one’s own. In Bronze by Gold, the musicians of the Asasello string quartet move together with the seven dancers in the space, whereby the intense movements of the music enter into their bodies so profoundly that it drives them to physical exhaustion. The piece confronts our western party culture with horrors of terror and death that we have yet to even fathom. Without having noticed it at the outset, the Belgian DJ’s scratched sounds suddenly sound like gunshots; the dancers’ ecstatic poses transform under our eyes into cries for help. They are neither one nor the other; Stephanie Thiersch suspends us between extreme states, attempts a balancing act between contexts and challenges us to take a stance in the spaces in between.”

Laura Dekker: The youngest sailor to sail alone around the world
08.03.2021