Easter (called Pascha in Greek) is the most important feast of the Greek Orthodox Church and it is celebrated throughout Greece with particular splendor and respect. However, nowhere in the country is it celebrated as enthusiastically as in Corfu. The renowned “Corfiot Easter” is a wonderful mix of Orthodox traditions, local cultural characteristics and venetian influences, to celebrate the win of life over death!

The custom of the “Earthquake”

Early in the morning of Holy Saturday, at 6.00 am, in the Holy Temple of “Panagia ton Xenon” (Virgin Mary of the Foreigners), the custom of the earthquake is revived. Believers hit the stalls and all the icons and candles of the temple are shaken to represent the earthquake that followed the Resurrection of Jesus, according to the Bible.

The Litany of the Saint

At 9.00 am, from the Church of Agios (Saint) Spyridon (the Patron Saint of Corfu) begins the litany of the Saint. The litany was established in 1550, when Corfu was saved from starvation. At the same time, the procession of the Epitaph of the Church takes place, in contrast to the rest of the epitaphs in Corfu and the rest of Greece, where the processions take place in the evening of Good Friday. It is a custom that has been maintained since 1574: The Venetians, for security reasons, forbade the Orthodox inhabitants to perform the Epitaph processions on Good Friday. They only allowed the litany of the Saint on Holy Saturday. Since then, the people of Corfu perform the procession of the Epitaph of the church of Agios Spyridon together with the Relic of the Saint. The procession is followed by the three greatest Philharmonic Orchestras of the city of Corfu. 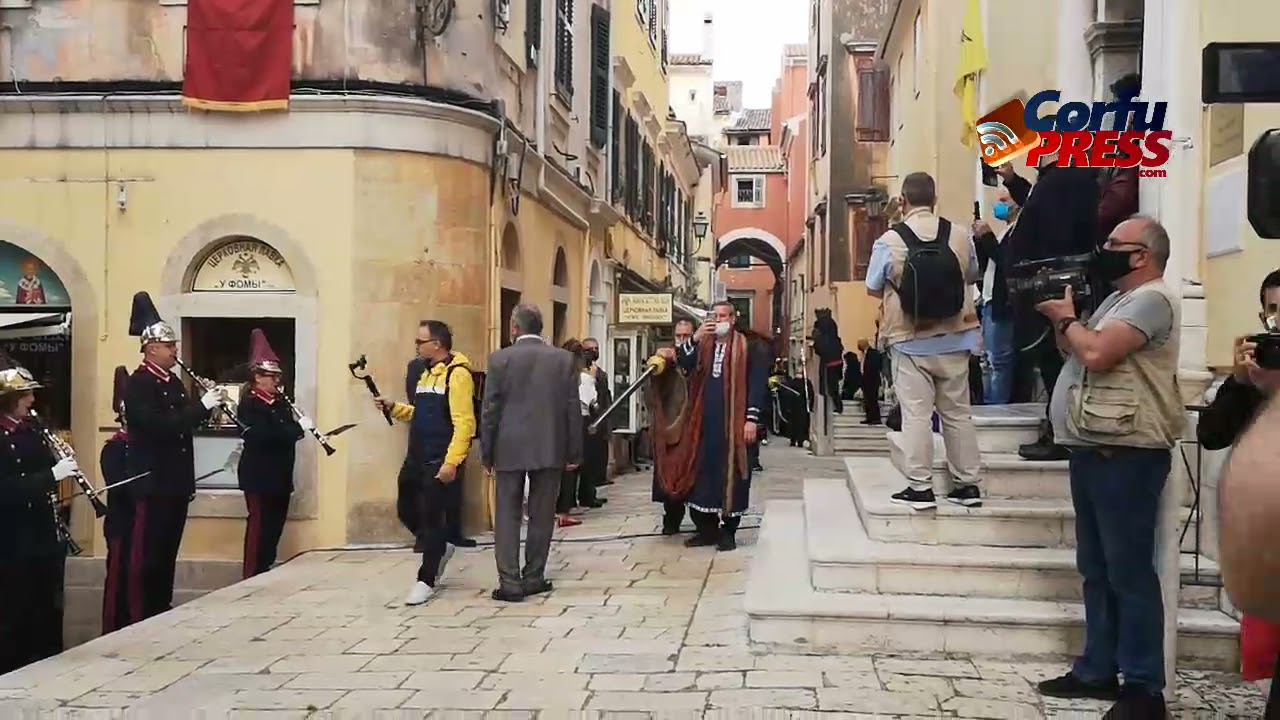 First Resurrection & the custom of the “Botides”

At 11 am, with the signal of the First Resurrection, the bells of all the churches of the city ring joyfully and Corfiots throw large clay jugs filled with water from their balconies or windows, that smash into pieces onto the streets below. These jugs are called “Botides”. The balconies and windows are decorated with a red cloth and Corfiots also tie red ribbons to the “Botides” – red is the colour of Easter.

“Botides” is a custom that is only celebrated in Corfu and its origins are unclear.
According to the municipality, one popular belief is that it originated with the Venetians who ruled Corfu between the 14th and 18th centuries. To mark the new year, the Venetians would throw out their old belongings to make way for new ones in order to make a fresh start to the new year.

The Greeks adopted the custom, introduced clay pots, and moved it to Easter, one of the most important holidays in the Greek religious calendar. There are also Biblical references to the smashing of clay pottery, symbolizing the divine striking down enemies.

Another belief is that the custom has roots in ancient Greece. In April the ancient Greeks would throw out their old clay planting pots and plant seeds in new ones to mark the coming of spring.

Whatever theory holds, for the people Corfu smashing the “botides” helps ward off bad spirits, that is why spectators often take pieces of the smashed pots back to their homes as good luck charms. 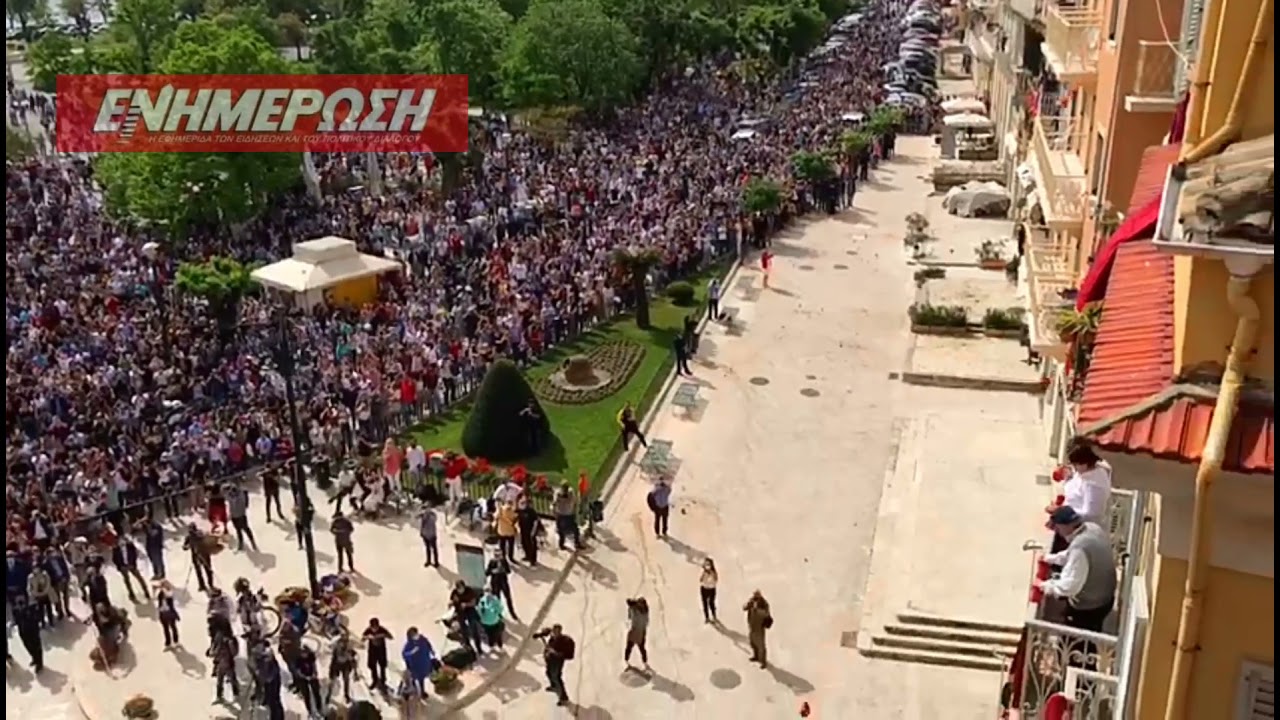 Second Resurrection & the Reception of the Holy Light

The reception of the Holy Light takes place in Pentofanaro, with the presence of local authorities and is transferred to the Church of Agia Paraskevi. Then, the Easter Vigil begins. Shortly before midnight, the Easter Vigil is transferred to the stage of the Upper Spianada Square. The process of the Resurrection is performed there and the “Paschal Troparion” (Chistos Anesti – the characteristic troparion for the celebration of the Orthodox Easter) is sung by all people. The Philharmonic Orchestras of the city are playing the march “The Greeks are coming” and the anthem of the Union of the Ionian Islands with Greece, followed by drumbeats, sparklers and fireworks. 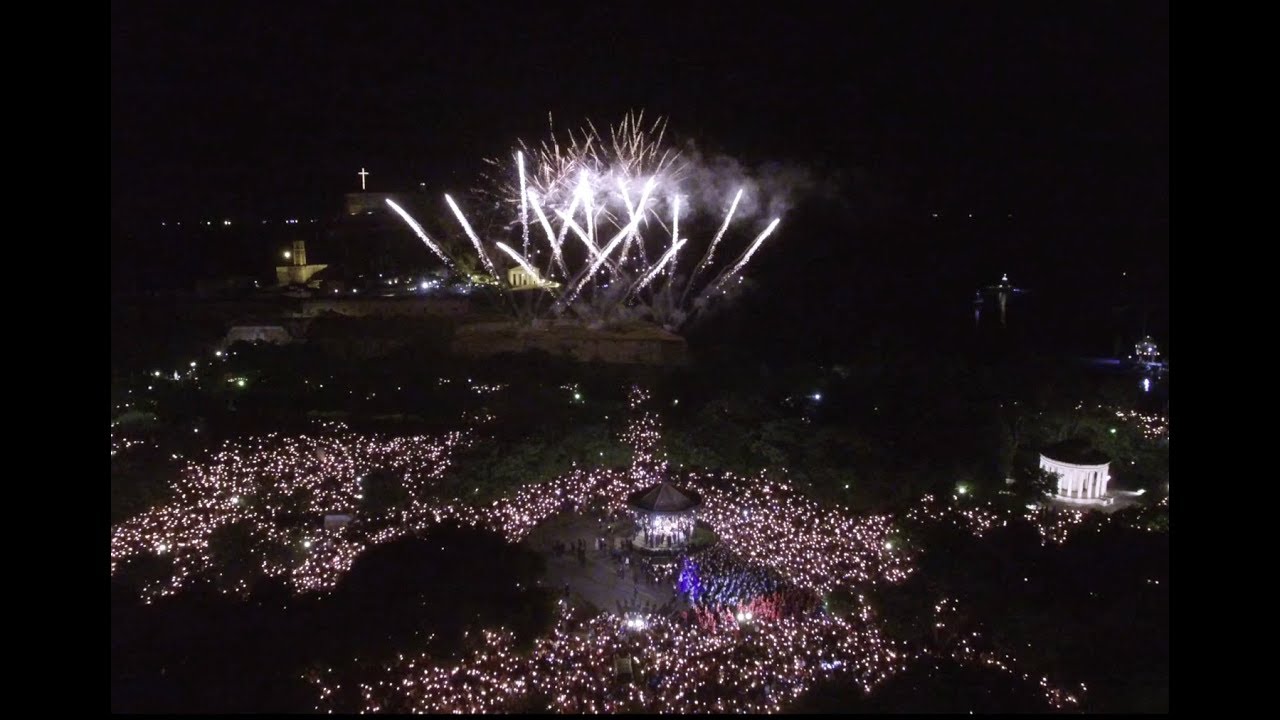 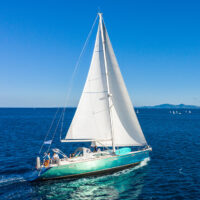