In Corfu there is a custom to make “loukoumades” (like round donuts). Traditionally this custom was followed  from the day of the celebration of the name of Saint Demetrius (Agios Dimitrios) in October 26, until December 11, the eve of the celebration of Saint Spyridon (Agios Spyridonas), who is the patron saint of the island. During these days the streets of the island were flooded with the delicious aroma of fresh loukoumades, also called “Pancakes of the Saint” (Tiganites t’ Agiou)!

So, in honor of Saint Spyridon, the housewives made donuts on the stoves, while many vendros where making them and selling then in the streets. According to the tradition the people of Corfu, on the eve of the celebration of Saint Spyridon were staying up all night in his church to make the vigil. So, in order to deal with the fatigue and the drowsiness, they were eating loukoumades. This custom has been preserved to our days.

1) Thin the yeast in half a cup of warm water.

2) Mix the flour with the salt and put it in a deep bowl.

3) Add the yeast and an extra cup of warm water and mix well until you have a uniformly thin paste.

4) Cover and leave this mixture in a cool spot for one and a half hours until it rises and forms bubbles under the surface.

5) Heat the oil in a deep frying pan and heat.

6) When the oil has reached the right temperature, put your hand in the bowl with the dough and take as much as you can fit in your palm. Start to close your palm until the dough starts to overflow between your index finger and your thumb. In you other hand hold the teaspoon (after you deep it in a glass of water) and let the dough from your hand fall in the teaspoon and then into the pan. Since the spoon is wet, the dough is easily detached from it and falls into the pan. So every time you have to dip it in water. The batter will form round dumplings

7) When they start getting a golden colour remove them with a strainer or ladle and put them on a plate covered with absorbent kitchen roll to strain the excess oil.

8) Transfer them on a nice plate, pour honey over them and sprinkle with cinnamon.

Tip: You can also sprinkle Loukoumades with grated almonds or walnuts or pour melted milk chocolate instead of honey. They are delicious with a scoop of vanilla ice-cream. 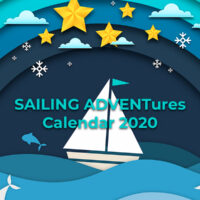