Edward Hopper (1882 – 1967) was a man of the ocean, though it is often forgotten. He is, for most, an artist famed for his depictions of bars and apartments and of the lonesome and loveless enveloped in electric light. But Ground Swell, in the National Gallery of Art, Washington, shows Hopper was also a maritime artist of distinction. It is a painting that is at once pacific and sublime and seems paused on the precipice of action or danger.

Hopper was born by the water. He grew up in the shipbuilding town of Nyack on the Hudson River in New York, where as a boy he would doodle seascapes and carve wooden model boats. As an adult he would holiday, and paint, in the coastal regions of Maine and Cape Cod. “My aim in painting has always been the most exact transcription possible of my most intimate impression of nature,” he observed.

In Ground Swell Hopper depicts three young men and a woman sailing a catboat off the Massachusetts coast, caught in the titular ocean swell.

In this quiet and voyeuristic view, the several figures aboard the boat are disengaged from each other. Their gazes seem fixed on the bell buoy, and their resulting trancelike state is reinforced by the rolling waves beneath them..

Painted in 1939, as the world teetered on the edge of war, it is a crisp, but uneasy scene of sun-rays, sea-spray and the surging promise of youth.

In the 1920s, before his successful career as a painter, Hopper worked as a freelance commercial artist. His illustrations appeared in a variety of publications, including The Morse Dry Dock Dial, the monthly magazine of the Morse Dry Dock and Repair Company in Brooklyn, for which he produced a series of covers on a shipping theme. He drew yachts in dry docks, workmen riveting hulls, tall ships teetering on the crests of waves and passengers parading on deck.

Another regular client of Hopper’s was the trade journal Hotel Management. For its September 1924 issue, Hopper created a cover featuring several figures in a catboat that is heeling under a full sail – a composition that he had first used in an etching two years earlier and would develop, some 15 years later, into the masterful oil painting Ground Swell.

Info and video from: sothebys.com 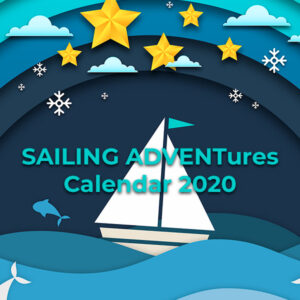