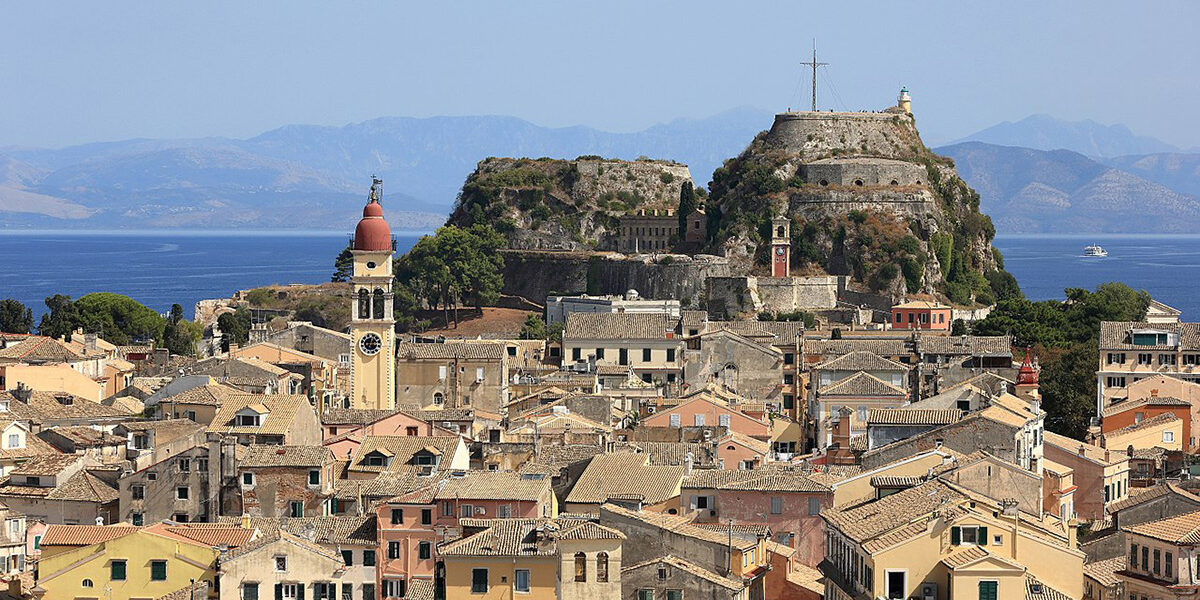 The island of Corfu (in Greek “Kerkyra”) has a strong connection to mythology through famous myths that either referred to people and landscapes or to how the island got its name.

The oldest reference to Kerkyra is recorded in the Mycenaean period around 1300 BC. with the Greek word “ko-ro-ku-ra-i-jo” in Linear B syllabic script, which translates as “man from Kerkyra”.

According to the Greek geographer, philosopher and historian Strabo (64 or 63 BC – c. AD 24), Kerkyra  was the Homeric island of Scheria and the inhabitants of the island were known as Faiakes (Phaeacians). The island has been identified by many historians after the 6th century BC with the “Island of the Phaeacians” described in Homer’s Odyssey, which was the last destination of Homer’s most famous hero, Odysseus (Ulysses), in his 10-year journey before returning to his home island, Ithaca.

The Greek name, Kerkyra or Korkyra, is related to two powerful water deities: Poseidon, the ancient greek god of the sea, and Assopos, an important Greek mainland river. According to myth, Poseidon fell in love with the beautiful nymph Korkyra, daughter of Assopos and river nymph Metope, and abducted her. Poseidon brought Korkyra to the hitherto unnamed island and, in marital bliss, offered her name to the place: Korkyra,  which gradually evolved to Kerkyra (Doric).

Poseidon and Korkyra had a son they called Phaiax, after whom the inhabitants of the island were named Phaiakes, in Latin Phaeaciani. Corfu’s nickname is the island of the Phaeacians. The ethymology of the word “Phaeacians” includes the first part ‘Phaios’ meaning ‘Grey’, probably referring to them as people with dark skin.

The island was also called “Scheria” (first mentioned in Homer’s Odyssey as the home of the Phaeacians), because the Goddess Demeter (Dimitra – goddess of the harvest and agriculture) asked Poseidon to stop (schein) the alluvium of the opposite river, so that the island would not unite with the opposite shore.

Another version of the origin of the name “Kerkyra” is that it originated from “Gorgyra” or “Gorgo”, the Medusa, a mythological snaked-haired creature that had the power to transform people who looked at her into stone.

Apollonius of Rhodes named the island “Drepano” – which means scythe- with suspicions that under the island is hidden the scythe with which the titan Saturn, as the myth has it, cut the genitals of his father Uranus and that the Phaeacians come from his blood. In an alternative paragraph he recognizes the scythe buried under the island and emphasizes that it belonged to the goddess Dimitra and that the island was formed thanks to the scythe .

Another hypothesis is that the name “Drepano” was inspired by how its shape looks from high above.

The latin name of the island, Corfù, an Italian version of the Byzantine Κορυφώ (Koryphō), meaning “city of the peaks”, derives from the Byzantine Greek Κορυφαί (Koryphai) (crests or peaks), denoting the two peaks -today bastions- of Corfu town where the Old Fortress is located. 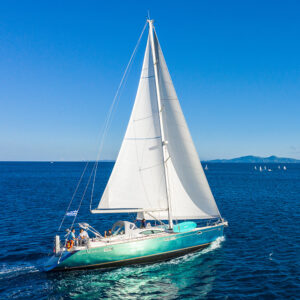