The Old Town of Corfu stands on the broad part of a peninsula that terminates in the Venetian citadel (“Old Fortress”). This was originally a natural promontory offering in its rocks protection for the residents of the 5th century when the ancient city of Corfu was moved here after its destruction by the Visigoths. It was converted into a fortress by the Byzantines in the 8th century and contained all of the small medieval town. The fortress was constantly further reinforced to protect the city from the numerous invasions of the Middle Ages, and gradually the town grew around it.

During the Venetian occupation, the Venetians largely replaced the existing fortifications with these of their own design to better defend the town of Corfu from Turkish and pirate invasions. As part of their defensive plans, the Venetians separated the promontory from the rest of the city of Corfu by creating a moat, thus converting the citadel into an artificial island. The moat exists to this day and is still known to the locals under its Italian name, Contrafossa. Since the creation of Contrafossa, access to the citadel was made possible by a drawbridge, which in modern times has been replaced by a permanent one.

The island of Corfu got its western name from the twin peaks of the Old Fotress – “peaks” in Greek is “Coryphes”, hence Corfu.

The Old Town of Corfu, which is called “Campiello”, is a UNESCO World Heritage Site. Its architectural character is strongly influenced by the Venetian style, coming as it did under Venetian rule for a long period. Campiello, is a labyrinth of multi-storey buildings -as a consequence of the increasing number of the population- and of very narrow streets paved with cobblestones. These small and ancient streets, known as “kantounia”, and the old buildings’ trademark arches are particularly reminiscent of Venice.

A promenade rises by the seashore towards the bay of Garitsa, together with an esplanade between the city and the Old Fotress known as Spianada, with the Liston arcade to its west side, where restaurants and bistros abound. 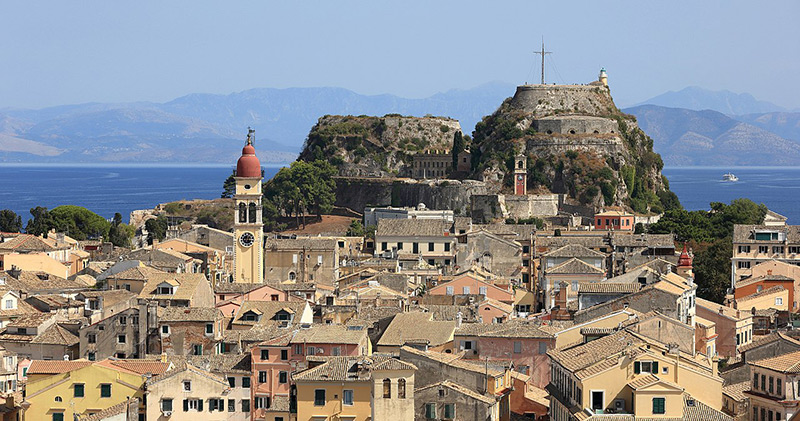 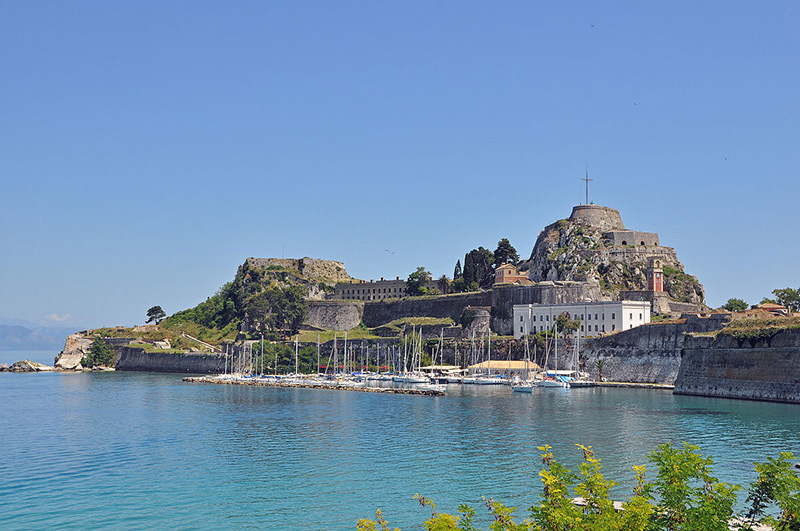